Kids’ Shows that can Test your Sanity

Picture this: every morning, our TV is glued to Nickelodeon or Disney Junior where my two tots are busy dancing and laughing and imitating every word and action they see on TV. It’s really cute though, seeing that giggling and their eyes sparkling as they become amazed with the adventures of Dora and Diego. But I have to admit, it can be annoying too especially when I know a good show is on.

I tried it a couple of times actually – changing the channel. But I ended up listening to my daughter’s scream so I have no choice but to put it back to Dora. She loves it and it keeps her quiet though.

I have seen the transition of kids’ shows and I must say it has improved a lot. And what really surprised me most is the fact that TV shows (provided it’s a good one) can actually help kids and teach them the basics like A-B-C and 1-2-3. I’ve been hearing my two year old imitate Dora and her expressions. And a few years back when my brother was still 2, he used to speak in Spanish – thanks to Dora too.

But if you really look into the shows, it’s more on a test of sanity too for moms. The shows are sugar-coated that if you to think of it, that is not happening in real life. But then again, kids’ shows are shows that cater to kids and us adults should just let our children discover things on their own. After all, it’s not meant to entertain us anyway.

I love watching my kids but when the TV is on for the whole day with only cartoons on it, I would rather eat that watch. Here’s what I think are shows that test our sanity.

Dinosaurs are extinct it? Apparently not, thanks to Barney, BJ and Baby Bop. Barney may be the most loved purple dinosaur but after buying tons of DVDs, I noticed one thing – the melodies of the songs are all the same. But hey, hats off still because my daughter learned a lot of dance moves from Barney and friends.

Ahh, my daughters’ favorite. Isn’t it weird that a little girl is allowed by her parents to explore the world and to be accompanied by a MONKEY? And the backpack, which is so small, can actually fit a map, fruits, and other stuff needed by Dora in her adventures? But at least kids’ learn how to speak Spanish so don’t be surprised if your tots are counting in uno, dos, tres.

Don’t you notice how attractive the Hi-5 people look? Apparently, their fan based comprises of kids age 5 and below. But so what? They sing, they dance, they act and play pretend which the kids absolutely love – even my daughters.

I must say I’m impressed with Ruby. In just a young age, she is able to take care of his little brother Max and take charge of the household – from choosing clothes to baking to hosting a party with Max’s animal friends. It’s just odd that they don’t have an adult to supervise them. After all, Max and Ruby are still young kids, I mean rabbits.

You know him as the cousin of Dora. And like Dora, Diego goes through a lot of adventures that involves talking animals and a high-definition camera that is capable of zooming on animals, no matter how far it may be. Which is really weird because animals don’t talk right? But hey, you have to commend his courage because Diego is not afraid of animals and can even pacify them, whether it is a lion, tiger, an elephant or a fish.

Isn’t it odd that little creatures can actually help someone and save the day? That is what this show is about. Millie, Gio and Bot are always on call, helping other kids with their dilemmas and saving the day in Umi City. Thanks to Math skills, patterns and shape identification plus a little help from the viewers too. But of course, helping people can be done no matter how small or big you are and that is what this show is about.

These kids’ shows may be a test of sanity for us adults but I can’t help but admit that the shows are teaching them all the basics. Even Ni Hao Kai Lan, teaches kids about good manners and saying sorry (plus a little Mandarin too). At the end of the day, these shows cater to the kids alone. They love it and learn from it at the same time and that’s more important. 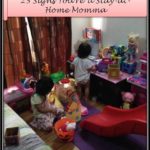 25 Signs You are Stay-at-Home Mom 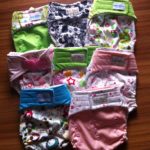 A Take on Modern Day Parenting