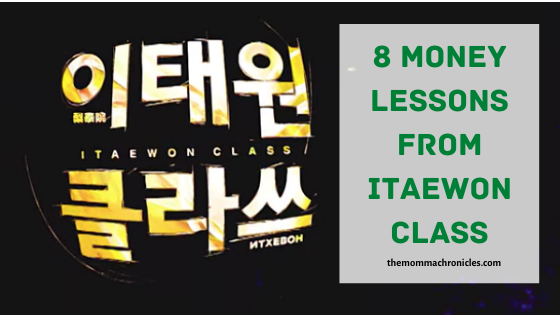 It’s official: I am now a K-drama lover.

I’m not very keen to watching K-dramas even before but out of curiousity, I decided to give it a try. Prior to Descendants of the Sun, Princess Hours was the ONLY K-drama I watched from start to end. I had no idea who #SongSongCouple was, so I watched DOTS. Then, I “accidentally” clicked Crash Landing On You sometime in February of this year, so I watched it (and loved it, of course!).

After CLOY, I decided to watch Itaewon Class. I saw positive reviews and raves about it, so why not? Plus, enhanced community quarantine happened, so it’s time to dig in and learn Korean.

In case you haven’t seen it, Itaewon Class is a story about Park Saeroyi and his 15-year plan against Jangga Co. Upon his release from prison, Saeroyi followed his father’s footsteps and opened DanBam, a pub in Itaewon.

The drama is about his struggles and successes in putting up and building his own business empire, overcoming obstacles, beating competitors (without playing dirty), finding real happiness, and of course, karma. Then, there’s discrimination, too, since he’s a middle-school ex-convict.

More than the life lessons and gushing over Park Seo Joon (he’s a cutie!), what struck me more is the financial side of the series.

Here are some of the money lessons I picked up:

Time and again, we always hear the elders telling us to save money. Now, more than ever, did we realize the importance of that time-old advice.

Park Saeroyi was able to put up DanBam, buy an entire building, and slowly build his empire because instead of spending the money he got when his father died, he saved it. We should do that, too. We shouldn’t wait for a pandemic to happen to realize the importance of saving.

It doesn’t matter if he works in a deep sea fishing vessel or taking orders in the restaurant. A job is a job and Park Saeroyi showed how important it is.

Remember that scene where he gave Hyun-yi twice her salary and encouraged her to work harder? Or why Oh Soo-ah didn’t leave Jangga Co.? As it turns out, no job is to small or too big if you know your priorities.

We may or may not love our jobs, but we need to show appreciation to it. After all, it helps us pay the bills and buy the things we want, yes?

BE CLEAR WITH YOUR FINANCIAL GOALS.

Park Saeroyi knows what he wants and what he plans to achieve. And guess what, he made that happen – no matter how funny or impossible it was.

That being said, we need to be clear with what we want to attain in the long-run. Do we want at least a million by the end of the year? Own house and lot? Pay off all debts in three years? An emergency fund that will sustain as for a year?

Whatever it is, we need to be clear and specific. Write it down because it will help you remember. These financial goals will serve as your guide to make sure that you keep your eyes on the prize. More importantly, stick to it.

This leads me to my next money lesson.

That 15-year plan may sound funny to Soo-ah and Geun-won, but hey, he did make it happen, right? Even if he was able to transform the pub into something bigger, that didn’t stop him from reaching his goal – to be number one.

When it comes to setting our financial goals, always think long-term. Sure, we need those short-term plans since they will serve as our baby steps towards the goal. Still, we need to think out of the box and learn how to make calculated predictions because at the end of the day, we have to prepare for our future.

Admit it. It’s tempting to buy the latest iPhone or a new designer bag. You’re even thinking about giving your car an upgrade. Or why not travel with friends, yes?

Here’s the thing: how much would be your money’s worth after those purchases? Sure, you can’t put a price tag on experience but the point is we all need to be smart in using our money and where to put it. There are tons of investment options available, so make sure you explore that.

STOCKS CAN BE A GOOD INVESTMENT.

In the series, Saeroyi invested his money in Jangga Co. when the price of its stocks plunged. Eight years after, his investment is worth 1.9 billion won.

True story: I purchased Double Dragon stocks when it was around P4 or P5, practically when it was first offered in the market. After a couple of months, I was able to sell it somewhere between P10 and P12 per share. Did you know that it went as high as P60+ per share? Unfortunately, I already sold my stocks instead of possibly hitting it big.

The point is stocks can be a good way to grow your money. It might be intimidating at first, but you need to keep an open mind and start learning about how it works. Start small and experiment on it to give you an idea. Buy blue chips since these are companies that stood the test of time. Once you are confident enough, you can increase your investment.

Plus, the good thing about stocks is that you get to earn dividends. Most companies give at least twice a year, which means you’ll be able to get a return from your investment.

Tip: Make sure that the money you’ll invest for stocks is “excess money” or “money you don’t need, now.” You’ll enjoy the benefits more when you think long-term.

If you’re not familiar about how the stock market works or how the financial world works in general, then don’t hesitate to ask for help. It’s not a sign of weakness after all.

Park Saeroyi sought help from one of his classmates, Lee Ho Jin, which turned out to be his Fund Manager as well. With Ho Jin’s guidance, he was able to grow his money and managed his investment better.

The drama sort of surprised me on this aspect. I figured Saeroyi has money (given the benefits he got from the death of his father) but despite his billions, he lived simply. He didn’t dress up and he never wasted his money on expensive, material things – except for that Mercedes car and better clothes AFTER he built IC Co.

It’s normal to feel that pressure to keep up, especially since we can easily see what people around us are up to through social media. Although this is easier said than done, don’t try to keep up with the Joneses. Live according to your means. There’s no point of trying to keep up with the trend and looking rich but end up getting broke later on.

It’s okay to treat yourself once in a while but make sure that you CAN afford it. Don’t measure happiness with the amount of material things that you have.

If there’s one thing I learned from this community quarantine, it’s about appreciating even the tiniest things. 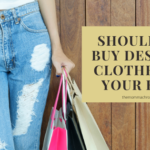 Save or Splurge: Is it okay to buy designer clothes for your kids? 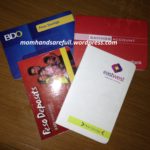 Money Tips I Learned from my Husband